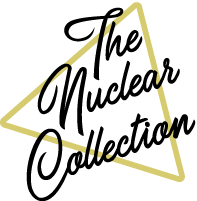 It was 2015 when I first had the idea that is now Essoldo Guitars. I’d been building guitars from parts on and off for years and decided it was time to design my own.

After a few concept designs and prototype builds, the Atom was conceived. Next was the Rocket. This shape was more similar to the original concept designs but with a few tweaks. Two more shapes followed and completed what I now affectionately call the Nuclear Guitar Collection.

My main inspiration for the designs came from guitars and styling of the late 1950’s. I like to think I’ve kept true to this while also creating something unique. 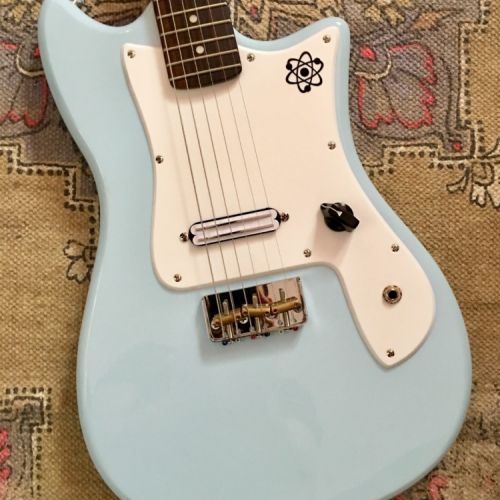 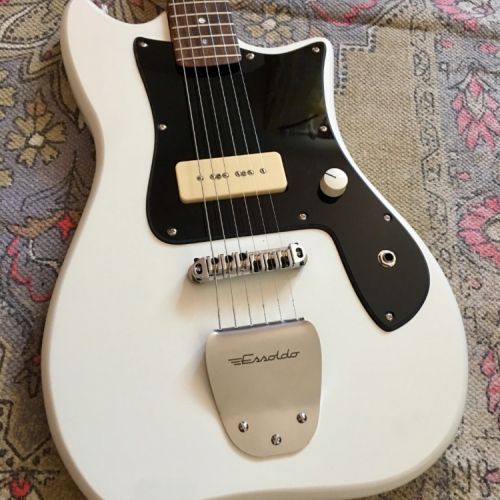 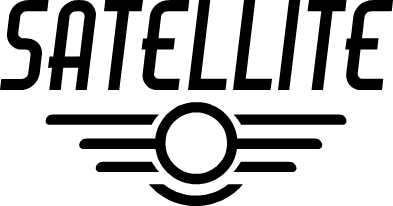 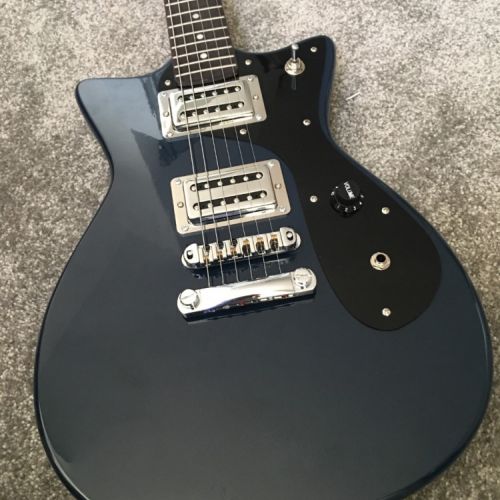 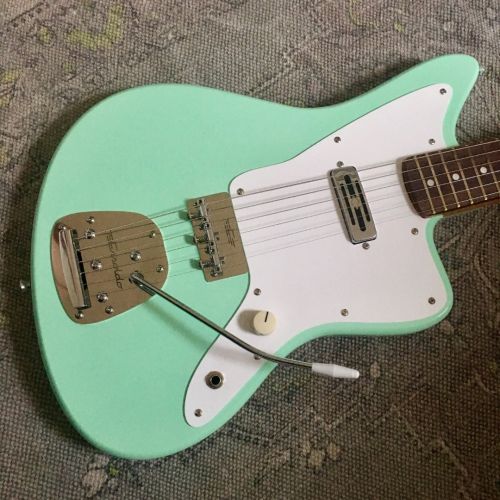 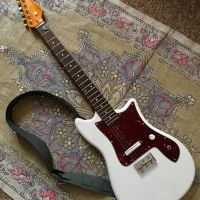 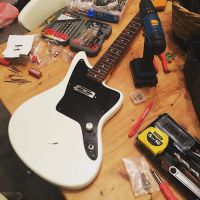 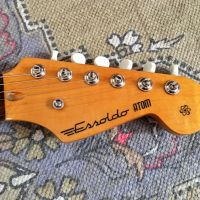 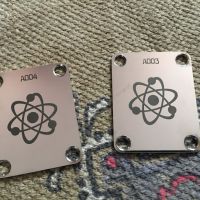 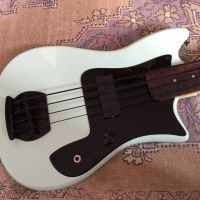 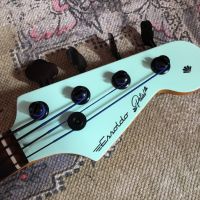 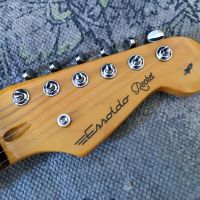 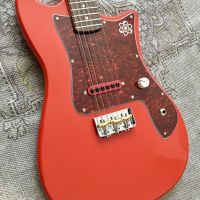 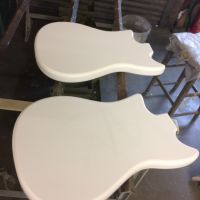 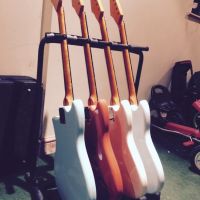 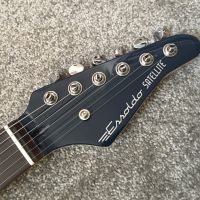 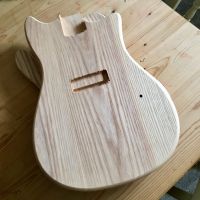 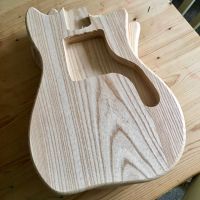 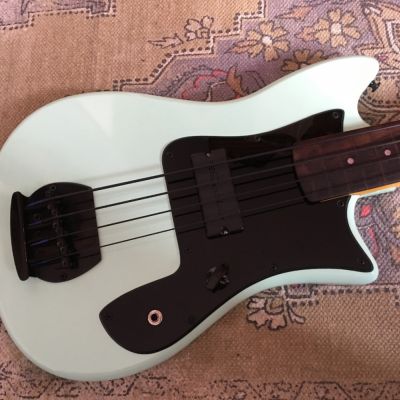 This little gem was commissioned by a bass playing friend that wanted an Atom shape made into a bass and nicknamed the “Petal”.